The new test system just released to the market on November 16, 2020 as an approved medical product by Sindiag GmbH is safe to operate, time-saving and designed for mobile use. 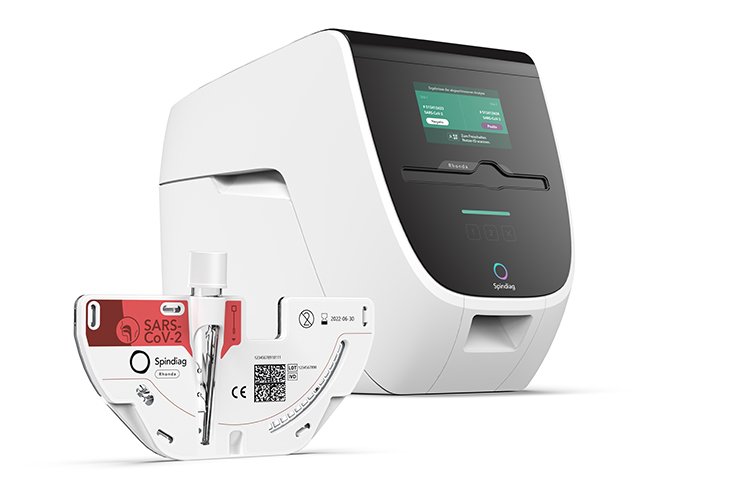 Within a very short time, the research and development service provider Hahn-Schickard, together with the Freiburg-based medical technology company Spindiag GmbH, and supported by the University of Freiburg developed the PCR-based corona rapid test based on an existing test system for the detection of hospital germs. Hahn-Schickard has established a multi-shift operation for producing the test cartridges, thereby successfully proving its quick and purposeful reaction time to current economic requirements.

“The last few months have been very demanding on us, but with our combined efforts we did it,” Dr. Markus Rombach is pleased to report. He is in charge of the development project at Hahn-Schickard and, together with the production manager Dr. Rouven Streller, has established the disposable test cartridges at production in accordance with the specifications from the client Spindiag. Hahn-Schickard produces the cartridges for the handy “Rhonda Player” analysis device for the market launch on behalf of Spindiag on its own production line in the BioTechPark in Freiburg. “With the certification of our quality management system according to the medical device standard EN ISO 13485, we have reached another important milestone. It enables us to develop and manufacture in vitro diagnostics for clinical and point-of-care applications with the highest quality standards,” explains Professor Roland Zengerle, Hahn-Schickard Institute Director in Freiburg and Head of the Laboratory for MEMS Applications at the Department of Microsystems Engineering at the University of Freiburg. 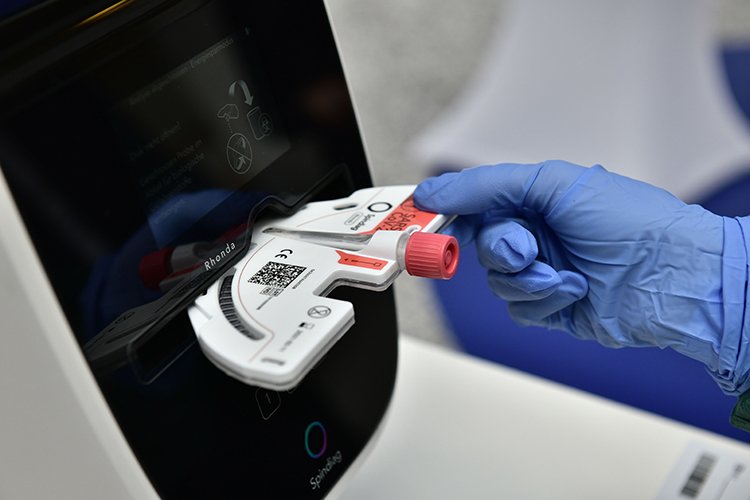 For 17 years, scientists of the University of Freiburg and Hahn-Schickard led by Professor Zengerle have been researching in the field of “Lab-on-a-Chip”. The Corona PCR rapid test now approved by Spindiag is another impressive example of his success. Time and again, concrete product visions emerged from basic research at the University, which could be seamlessly transferred to industrial application via joined applied research and development at Hahn-Schickard and the University of Freiburg. They were brought to the market either by established companies or by founding their own companies. BioFluidix GmbH was one of the first companies to emerge from this cooperation with the University in 2005. This cooperation was followed by others such as the life science company cytena (2014), Spindiag GmbH (2016) or the biotech start-up Actome in 2018.

The Ministry of Economic Affairs, Labor and Housing in Baden-Württemberg supported the development phase of the SARS CoV-2 test with a grant of 6 million euros (we reported). The CoviDisk-BW project will run until March 2021. One of the first sites to introduce the innovative test is the Klinikum Stuttgart (General Hospital in Stuttgart). As dedicated COVID-19 care center of the metropolitan region, the Klinikum Stuttgart plays an important role in managing the pandemic through diagnostics and patient care.

On November 16th, Minister of Economic Affairs Dr. Nicole Hoffmeister-Kraut visited the hospital as the Spindiag Rhonda test system was being launched onto the market and underwent a test herself.