Project MICROSURF explores the role of surfactants on the microbial degradation of glyphosate as well as on the emissions of climate-relevant gases.
How do surfactants from glyphosate formulations affect microbial degradation of the herbicide glyphosate in soil? And how do surfactants affect important environmental cycles related to the emissions of climate-relevant gases such as carbon dioxide, methane, and nitrous oxide? For her research into these questions, Prof. Sara Kleindienst is receiving one of the prestigious ERC Starting Grants awarded by the European Research Council. Kleindienst has headed the Department for Environmental Microbiology at the Institute for Sanitary Engineering, Water Quality and Solid Waste Management at the University of Stuttgart since July 1, 2022. Before that, she taught at the University of Tübingen. For project “MICROSURF”, she is receiving a grant of EUR 1.5 million.

Glyphosate is one of the most widely used herbicides. However, it is also highly controversial because of its potential carcinogenic properties. Despite the widespread debate, few people are aware that glyphosate is not used as a single active ingredient but rather as a mixture, the second most common component of which is surfactants. It is still not entirely clear how these surfactants affect microorganisms in the environment. Kleindienst has already shown in marine environments that surfactants can inhibit microbial activities and alter microbial communities and their functions. She speculates that “similar effects could result from the application of glyphosate surfactants on land and in freshwater”. “On one hand, the microorganisms that break down glyphosate could be severely impacted, thereby increasing the half-life of glyphosate in nature. On the other hand, glyphosate surfactants could affect biogeochemical cycles, thereby influencing the formation of greenhouse gases and contributing to climate change.” 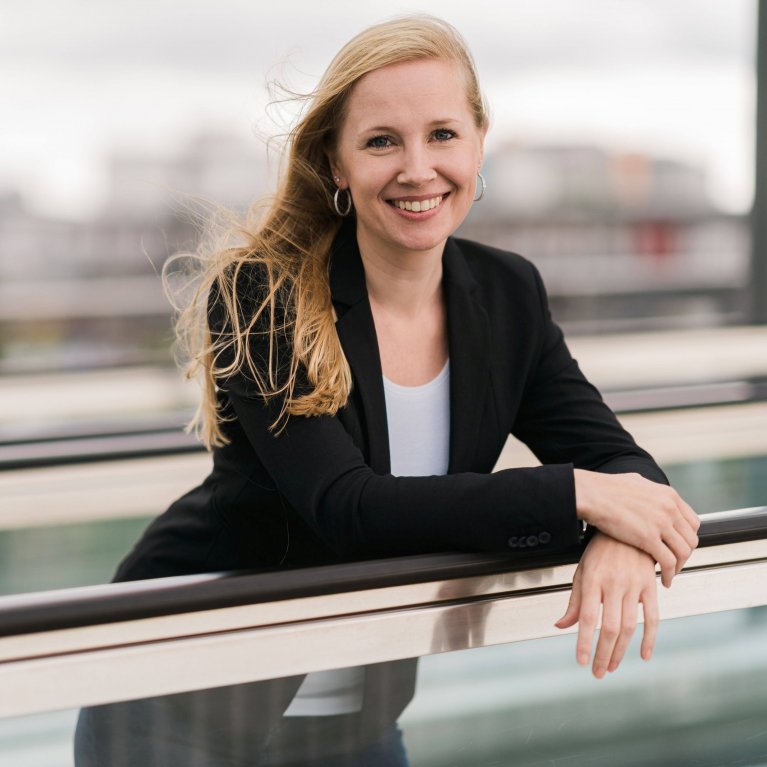 In order to systematically investigate these relationships, Kleindienst is focusing on innovative, multi-scale, and interdisciplinary pioneering research in project MICROSURF (MICRObial performance impacted by SURFactants from glyphosate application). This will begin with studies on pure isolates and enrichment cultures and eventually lead to microcosm and field experiments. The overall goal of this research is to be able to replace glyphosate surfactants with less harmful alternatives or even develop biological alternatives produced entirely by microorganisms. Kleindienst is convinced that: “Our research will allow us to decipher the impact of surfactants on microorganisms in the environment and could have a lasting effect on policy, society, technology, and science.”

Kleindienst was drawn to surfactant research after the environmental disaster surrounding the “Deepwater Horizon” oil platform in 2010. At that time, she was a doctoral student at the Max Planck Institute for Marine Microbiology in Bremen investigating the microbiological degradation of hydrocarbons at marine gas and oil wells. In 2010, when the rig caught fire and 800 million gallons of oil spilled into the Gulf of Mexico, she knew immediately: “That’s where I would like to make an important contribution as a researcher”. Kleindienst then went on to pursue a postdoctoral fellowship at the University of Georgia and was able to dedicate herself to surfactant research. Her work on the oil spill started with the surfactants used to dissolve the spill. These surfactants do not make the oil disappear but rather spread it over wide areas of the sea – and the surfactants along with it. In laboratory analyses, she discovered the extent to which surfactants can alter microbial communities in seawater and inhibit their performance. “In fact, our experiments showed that oil degradation actually worked better without the addition of the dispersants.” 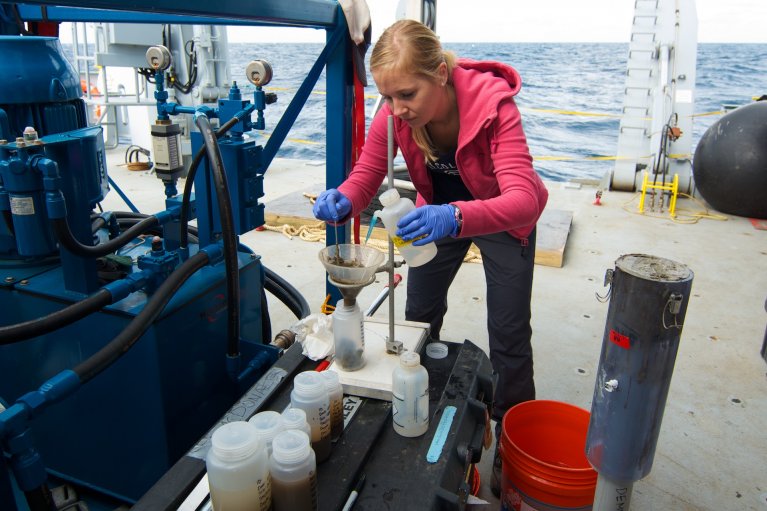 Kleindienst during field studies on the high seas in the Gulf of Mexico.

In 2015, Kleindienst moved to the University of Tübingen – initially as head of a junior research group and then from 2017 as Junior Professor of Microbial Ecology and head of the Emmy Noether research group of the same name. During this time, she expanded her research interests to the terrestrial realm and started looking into microbial glyphosate degradation. “I learned about the surfactants in glyphosate formulations and found it hard to believe that the impact of these surfactants on microorganisms was largely unexplained – just like when the Deepwater Horizon disaster happened.” This déjà vu experience was the basis for her current ERC grant. “In addition to the effects on microbial glyphosate degradation, we want to gain a fundamental understanding of how surfactants affect biochemical cycles. This includes the degradation of nitrogen components (e.g., nitrate), which poses a threat to our clean groundwater,” says Kleindienst. “In the end, it’s about a healthy environment and a healthy humanity.”