Scientists of the Micro, Nano and Molecular Systems Lab at the Max Planck Institute for Intelligent Systems and the Institute of Physical Chemistry at the University of Stuttgart have developed a digital chip that can be used to project movies with ultrasound. The researchers report on this in an article in the magazine "Nature Communications". The ultrasound projector is based on a special microchip that was developed and manufactured at the Institut für Mikroelektronik  Stuttgart (IMS CHIPS). The chip generates targeted micro bubbles that can be switched on and off digitally (via the chip) in rapid succession. This makes it possible for the first time to protect high-resolution holographic images that change with the time. 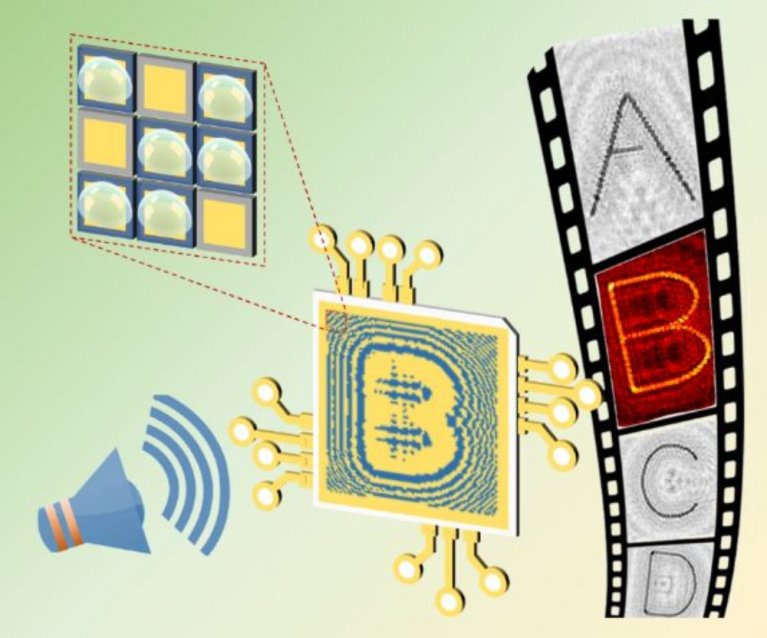 Ultrasound is widespread in applications from medical imaging and industrial inspection to therapy and tissue ablation in surgery. While sophisticated technologies exist to detect and analyze ultrasound, the generation and projection of ultrasound is still fairly basic. Compared to optical systems, where one can use sophisticated light projectors, ultrasonic systems typically consist of a few sound generators that can bend or focus a beam, but not project changeable patterns such as images.

Researchers from the Max Planck Institute for Intelligent Systems and the Institute for Microelectronics Stuttgart (IMS CHIPS) have now developed a system that allows complex acoustic images to be projected in water and changed on-the-fly. The new spatial ultrasound modulator is based on a specially adapted CMOS computer chip and was used to project the first movie where the images are formed with ultrasound. 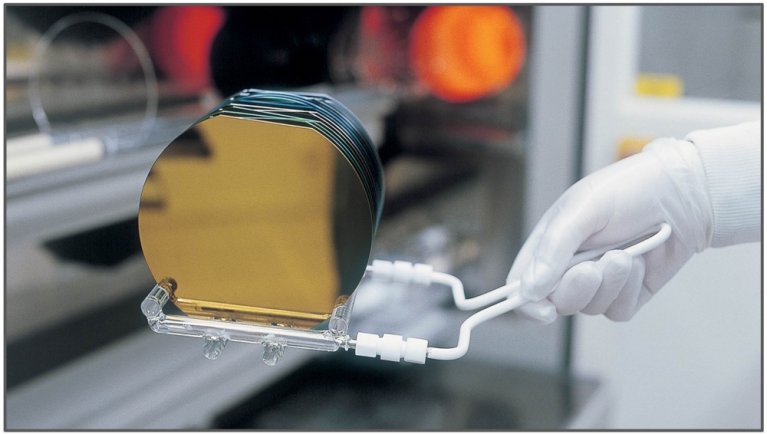 The spatial ultrasound modulator, which is capable of generating dynamic complex acoustic fields, now opens up the possibility to project and update much more sophisticated ultrasound patterns. “This technique could be useful, for instance, if one wants to project ultrasound only onto a small targeted region and adjust the exposed area carefully, as is desirable in medical applications”, says Zhichao Ma, the first author of the study which appears in the journal Nature Communications.

The CMOS chip consists of 10,000 individually addressable electrodes covered in a conductive fluid. When an electrode receives a signal a current flows and a microbubble is formed at the electrode by electrolysis. Since it only takes a very thin layer of air to effectively block ultrasound in water, each microbubble behaves as a local sound blocker. By creating bubbles at some pixels and not at others, the CMOS chip acts as a mask limiting the regions through which the sound can pass. This mask can be shaped in the way of a computed digital hologram, and modulate the transmitted acoustic wave into any desired acoustic image. Even more so the bubbles on the chip can be wiped away and recreated to form the next holographic image and frame by frame an ultrasonic movie.

The researchers show that potential applications of their new device include manipulating small objects using acoustic forces controlled by the fields they project. In one demonstration, they pattern polymer particles into different shapes that change with time. Beyond small particles, it is also possible to arrange living cells with acoustic holograms, as the researchers from the Micro Nano and Molecular Systems Lab have demonstrated previously.