The Science2Start award ceremony, held at the BioRegio STERN 2019 summer reception, honoured scientists and entrepreneurs for ideas that boast huge commercial potential. First place went to a team from the University of Tübingen which has isolated a sugar from a bacterium that could be used as a weedkiller, potentially providing an alternative to glyphosate. Second place was awarded to an engineer with a system for automated Legionella testing. The judging panel also gave out two third-place prizes. One went to a team that has developed an app which uses facial recognition technology and artificial intelligence to support speech and language therapy for children. The other was presented to a team that has created a virtual training programme for rehabilitating stroke patients, for example. Hosted in the “Haus der Rosen” (House of Roses) venue in Fellbach, the event was attended by the Lord Mayor, Gabriele Zull, and member of the German Bundestag Dr. Joachim Pfeiffer along with numerous other guests from science and business.

The event started with Dr. Dirk Biskup, serial entrepreneur and, among other things, Managing Director of Tübingen-based CeGaT GmbH – a previous winner of the Deutscher Gründerpreis (German founder award) – reading the riot act to the companies and politicians in attendance. “We are not managing to turn good ideas and sound basic research into internationally competitive companies.” As to why, his reasoning was clear: “We are cowardly.” He pointed out that this applies to finance, where money is kept in savings accounts instead of being invested. He said the same applies in politics, too, where the priority is just to try and avoid mistakes and nobody is making bold decisions any more. The same can also be said of scientists, he continued, who shy away from the risks associated with setting up a company and prefer regular employment instead. Dr. Biskup had the following to say to the winners of the Science2Start ideas competition, which was held this year for the eleventh time: “The hard work is yet to come. Turn your good idea into a successful company.”

The award ceremony was staged during the traditional summer reception, which is hosted by BioRegio STERN Management GmbH and the Verein zur Förderung der Biotechnologie und Medizintechnik e. V. (Society for the Promotion of Biotechnology and Medical Technology) with support from numerous sponsors such as TTR Technologieparks Tübingen-Reutlingen GmbH. The partners for this year’s event included Wirtschaftsförderung Region Stuttgart, the organisation that promotes Stuttgart as a business location, and the local authorities in Fellbach, whose Lord Mayor, Gabriele Zull, welcomed the guests to the “House of Roses”.

The prize money awarded totalled 5,500 euros this year and, as in previous years, was donated by Voelker & Partner, a firm of lawyers, tax consultants and auditors. Four teams of scientists and entrepreneurs from the region were singled out:

1st place: “Unconventional sugar acts as a natural herbicide”
Dr. Klaus Brilisauer from the University of Tübingen and a team of scientists led by Prof. Karl Forchhammer from the university’s Interfaculty Institute of Microbiology and Infection Medicine and Prof. Stephanie Grond from the university’s Institute of Organic Chemistry have discovered an unconventional herbicide. They have isolated a special deoxy sugar from the bacterium Synechococcus elongatus. This naturally occurring active ingredient could be used as a substitute for weed killers such as glyphosate.

2nd place: “Automated Legionella testing of drinking water”
Dr. Michael Jauss from BlueLab Wasseranalysesysteme GmbH in Tübingen has developed a fast, automated measuring system to detect Legionella. A small device equipped with antibodies is installed in the water supply pipework and generates digital evaluation results. The engineer has thus devised a solution for the early detection of hazardous situations that lie dormant in the drinking water pipes of virtually all buildings worldwide.

3rd place: “LogoLeon” – AI-based therapy app
Catja Eikelberg, Alexander Otto-Keinke and Lars Horber from the University of Tübingen are developing an app that utilises facial recognition technology and artificial intelligence in augmented reality (AR) to provide an innovative complementary tool to be used in speech and language therapy for children. LogoLeon is set to be the first app on the therapy market that makes it fun for children to experiment with their oral motor skills in AR. To help avoid speech defects in later life or crooked teeth, children from the age of four can use the app to strengthen the muscles of their mouth and improve their awareness either as a preventive measure or as part of a therapy regime.

3rd place: “Rehago” – virtual reality training
Philipp Zajac, Johannes Höfener, Anika Ochsenfahrt and Melanie Schweis are the start-up team behind Reutlingen-based ReHub GmbH. They have developed a cost-effective training system for hemiplegic patients. Virtual reality games are to be used in addition to conventional ergotherapy and physiotherapy to help patients re-establish neural pathways and compensate for motor deficits. This simple-to-use system, comprising VR glasses, smartphone and controller, can be used in collaboration with a therapist in the patient’s home or soon in the clinic itself. 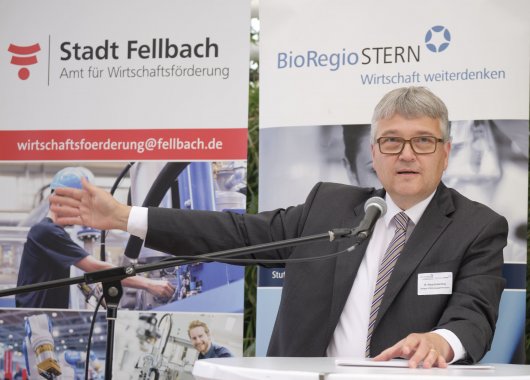 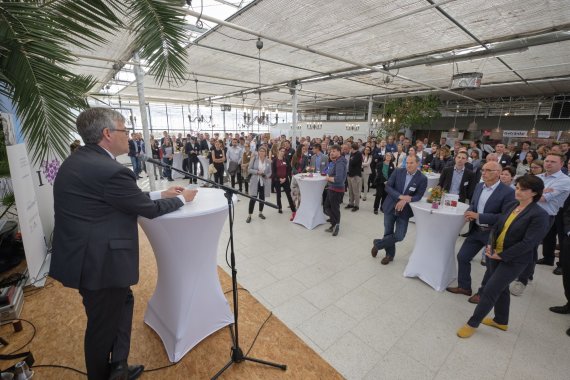 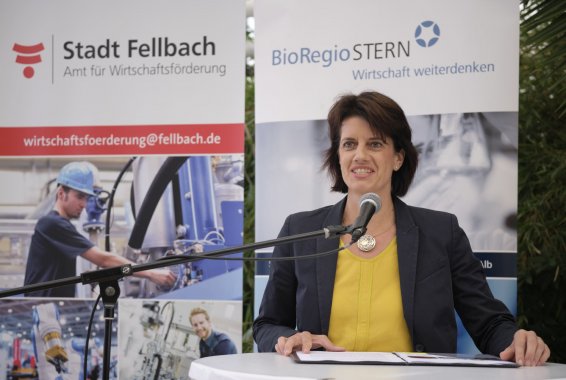 Lord Mayor of the city of Fellbach Gabriele Zull. 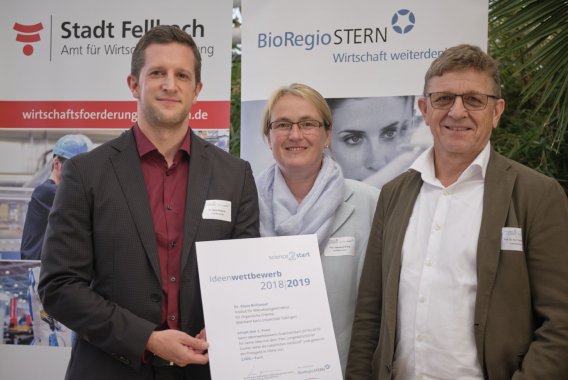 Dr. Klaus Brilisauer from the University of Tübingen took the first place together with a team of scientists. 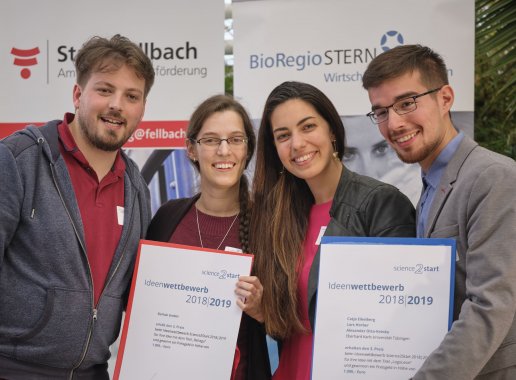 The two third-placed teams of the Science2Start ideas competition with their ideas "LogoLeon" and "Rehago". 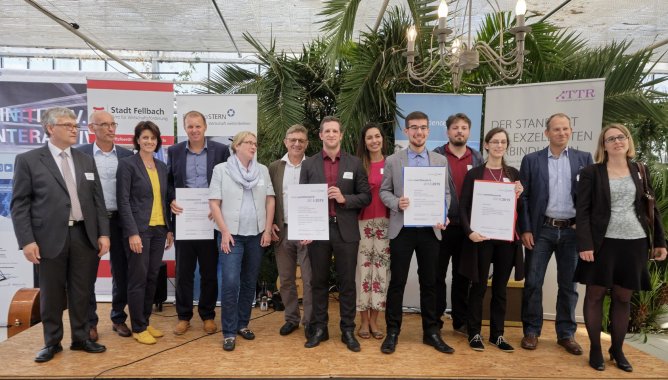 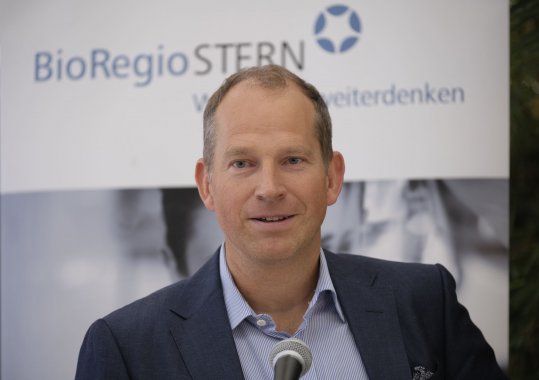 Here you can download the pictures as well as the press release.

For publication: please note the copyright.