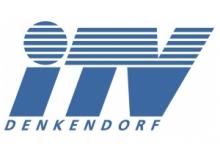 The ITV Denkendorf has its roots in Reutlingen where, in 1855, following an initiative from the industry sector, the City of Reutlingen and the Kingdom of Württemberg, a weaving school was founded from which a professional college for spinning, weaving and knitting was formed in 1891. In 1910, the college was extended to include a testing office, with a research institute being added in 1921.

As part of its joint industrial research, the ITV Denkendorf supports small to medium-sized companies in their quest to tackle research and development problems. The firm’s divisions, which essentially encompass the entire domain of textile technology and associated specialities, also focus on this key mission. The ITV is part of the German Institutes of Textile and Fibre Research (DITF) in Denkendorf, a research centre that focuses comprehensively on the requirements of the textile industry.

The ITV Denkendorf’s research and development work, along with its measuring, testing and certification activities, are carried out in the following areas and focus fields: